Advertising on fad and speculation products 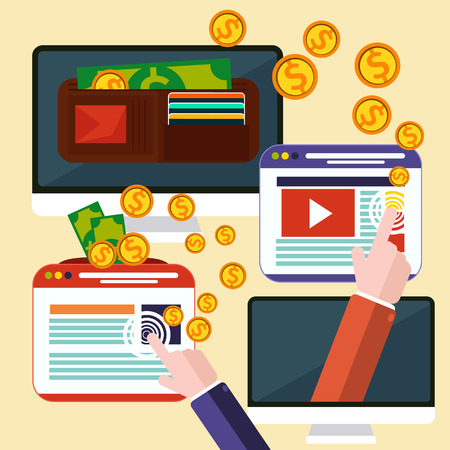 If you head to any store, either online or brick-and-mortar, you will likely find items that fall under the fad or speculation category, which are hot today but might disappear the next day. Examples includes hot new toys, fast fashions and most recently, cryptocurrencies. Stores are well aware that they can make a quick buck on those types of items, but they also know that these sales are unlikely to last very long. With serious considerations and enough due diligence, you too can benefit from jumping on board the fad train. There are plenty of publishers doing this right now, but the ones who have the most success are those that follow these tips:

Be aware of the high volatility

If you have been paying attention to the news recently, you have probably heard all the buzz surrounding Bitcoin, Initial Coin Offerings (ICOs), or other forms of cryptocurrency. Some people out there made an awful lot of money when the value of those currencies went through the roof, attracting latecomers to jump on the bandwagon. New businesses and sites related to anything Bitcoin come online on a daily basis, so are the ads promoting them. These are the types of ads to get into, but you need to be aware that the bubble can burst as quickly as it arrived. There are the doubters and there are the believers so it is wise to look at the big picture. When the value of Bitcoin drops, and it did drop significantly, the value of ads promoting those sites is going to be significantly down, too.

The problem with trying to sell ads promoting fad/speculation products is that it can be tough to know what sort of ad rate to set. In most industries, you have an idea of how certain ads will perform, making it easy to set a price for your web space. Since rates are often dictated by response rates, it’s impossible to know how any unknown ad will perform until it hits your pages. You don’t want to go in too low and miss out on potential earnings, but you also don’t want to set the prices too high, sending advertisers to your competitors en masse. It is better to create a flexible arrangement with these advertisers instead of a rigid contract.

You need to move quickly

Part of succeeding in online advertising, especially when talking about fad products, is knowing when a particular product is going to take off and when it might tank. If you can get in ahead of the crowd, you could very well be making money before the competition even has a single ad on their site. When you are out in front, there are fewer competition and it becomes easier to make decisions, such as setting ad rates and knowing when to get out before the bubble totally bursts.

Get on top of mistakes quickly

Advertising is not an exact science. It becomes even more unpredictable when you are working with fads and speculations. Mistakes will be made when you go this route, but you can limit the damage if you are quick to act on those mistakes. For example, you might well fall prey to an advertiser whose site disappears overnight without a trace or payment. These types of sites tend to be common when a fad hits, so be sure to get their ads off your pages as soon as that happens. Using an ad server can help you change ads with just a few clicks.
Posted in AdServer for Publisher Selling Ads Directly Ad Strategies March 12, 2018