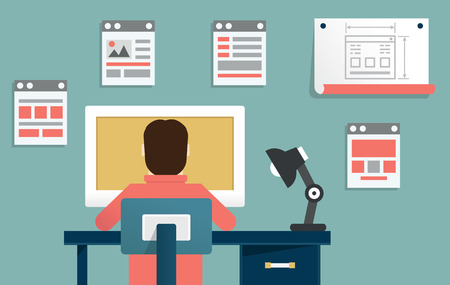 When we talk about video ad serving, we often think about publishers with a focus on video content like YouTube. However, that is not always the case. You can display video ads on non-video sites. That is why outstream video advertising is an important ad format for publishers who have limited video content or sometimes no video content on their site.

When the viewer scrolls to an out-stream video advertising unit, a large video player automatically displays and begins to play the video ad, often without sound. Because the video ad floats out of the main site, it is called an out-stream ad.

The placement for this ad format is flexible. It can be placed between paragraphs of a text or within a site widget. It is suitable for many site owners, including non-video publishers. Therefore, it can be displayed on more sites than in-stream video ads such as pre-roll video ads. Publishers who have most of their traffic from blogs, forums, articles can monetize those traffic with outstreams. This expanded reach makes buying video ads easier for advertisers and selling video ads in all kinds of content for publishers. Even outstream ads have many advanced features and functionality, it can be played on different devices, including on mobile phones and tablets. This is important because mobile usage is exploding with people carrying their phone days and nights. Any ad format that is not supported or optimized to view on mobile devices will be very limited.

When someone is viewing any page, which could be a blog post, a forum discussion, or an image gallery, the outstream video ad will auto-play without sound when the viewer scrolls to a certain area of the article. The viewer sees the ad and can choose to close it, unmute it or continue to scroll down to ignore and close it. On the other hand, an in-stream ad, such as a pre-roll video ad, requires viewers to watch the entire ad or watch for a predefined number of seconds before they can skip the ad. An out-stream ad attracts the viewer’s attention when it initially plays but can be turned off instantly if the viewer does not want to see it.

An outstream video ad is an independent ad placement. It is not an introduction or related to other videos that viewers might easily forget or get confused. It stands out, demands more attention and has a higher impact. Many publishers, including major ones, have adopted outstream videos because they realize that it is a premium format. As a premium format, it is still not popular as the banner ads but it has its unique advantages and use scenarios. Since outstream ads only become active when it is visible, viewability is very high. Brands and advertisers can worry less about ad fraud when they buy outstream ads.

Because of its placement within content, outstream video ads feel more integrated and organic with the surrounding content. With proper contextual and keyword targeting, the ad server will be able to choose an outstream video ad that is very relevant to the page content. This relevancy is a win-win because it gives viewers some insight or introduces new products or services related to what they are reading about on the same page. For the advertisers, it generates a higher response rate. For the publishers, it brings in higher ad revenue.
Posted in Video Ad Server by John Z March 24, 2021